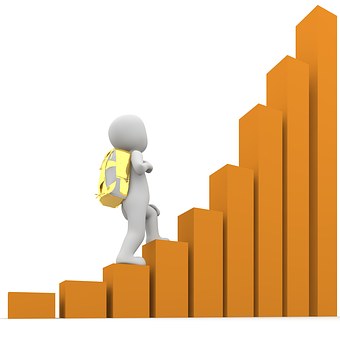 New Jersey’s Law Against Discrimination has long  made it illegal for employers to discriminate against employees in their terms of employment because of their immutable characteristics, such as their gender, race, nationality, religion, age, marital status, sexual orientation, gender identity, genetic information, disability, liability for military service, or refusing  to take to a genetic test or give their genetic information to their employer.  However, while the Federal Government enacted the Lilly Ledbetter Fair Pay Act in 2009, New Jersey did not have a counterpart which attempted to close the pay gap between men and women.

Governor Phil Murphy made enacting a law to close the gender pay gap one of his central campaign promises in 2017.   After being elected, on April 24, 2018, he fulfilled this promise when he signed the Diane B. Allen Equal Pay Act into law.  The Act is a milestone in New Jersey employment law.

Discriminatory Wages Illegal.  The Act prohibits employers from paying less to women and members of any other “protected class” already receiving protection under the Law Against Discrimination in their  rates of compensation, pay and benefits, if not for legitimate, non discriminatory business reasons.

Business Exceptions.  The Act does make exceptions for the employers’ legitimate business needs.  The employer may pay people in different classes at different rates, but the employees’ race, gender, religion, sexual, orientation, etc., cannot be the reason for the difference in pay.  In other words, people cannot be paid less because they are women, black, gay, etc.   Rather, the employer must have  non-discriminatory,  legitimate business reasons for any pay disparity.  Exceptions include merit systems,  seniority systems, quantity of production or quality of production.

The “discovery rule” also applies to unequal pay claims.  The discovery rule provides that the “clock” on the limitations period will not begin to run until the point when the employee actually knew about the unequal pay, or should reasonably have known about it.

The Act also makes it illegal for employers to try to shorten the limitation period, or to get employees to agree to shorten it.

Damages Which May Be Recovered.  Employees who have suffered discriminatory pay may sue their employees in the Superior Court of New Jersey.  If the jury finds that an employee did suffer from discriminatory pay, the judge is required to order the employer to pay three times the employee’s lost pay found by the jury.

Retaliation Prohibited.   Employers cannot take any retaliatory action against employees who disclose or discuss information about benefits, job titles, pay rates, or occupation categories.  This includes discussions with lawyers, government agencies or other employees.  The Act prohibits employers from making employees agree not to disclose this information.

Contact Us.  If you have suffered from discriminatory and unequal pay, call us at (973) 890-0004 or email us to set up a consultation with our employment attorneys.