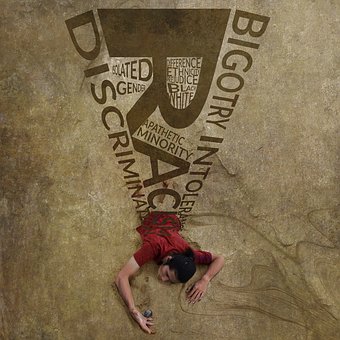 It would have been hoped that in this day and age that discrimination and harassment would have been eliminated in the workplace. Alas, it has not. Our employment attorneys are dedicated to representing employees who have had to suffer illegal harassment just to do their jobs.

Case law defines illegal harassment as that which is severe or pervasive enough to cause an employee’s terms and conditions of employment to be changed so that it creates a hostile work environment. Indeed, New Jersey’s Supreme Court has held that under the New Jersey’s Law Against Discrimination even a single word, if the word and circumstances are severe enough, can create a hostile work environment.

DISABILITY DISCRIMINATION Both New Jersey’s Law Against Discrimination and the Federal Americans with Disabilities Act (the “ADA”) prohibit disability discrimination. Employees who can do their job with reasonable accommodation must be allowed to do so without harassment, being fired or being treated less

favorably than employees without disabilities. For more the law’s protections against disability discrimination and our employment lawyers’ fight against it, click here.

OTHER FORMS OF ILLEGAL DISCRIMINATORY HARASSMENT

New Jersey employment law offers a much wider range of workplace protections than does Federal law or that of virtually any other state. However, between state and federal employment law, in New Jersey, harassment and other forms of discrimination are barred because on employee’s inherent qualities which make them who they are, including:

* Liability for military service For more on workplace discrimination and discriminatory harassment, and our fight against it, click here.

New Jersey’s Conscientious Employee Protection Act (known as “CEPA”) prohibits employers from retaliating against their employees, including by harassing them or creating a hostile work environment for them, because the employee disclosed, refused to participate in or objected to what the employee reasonably believed was illegal activity. Also, the Law Against Discrimination prohibits retaliation by harassment or otherwise against an employee who objects about discrimination. For more on our whistleblower protection practice, click here.

Employers also cannot harass employees because they filed or inquired about filing a workers compensation claim.

Our employment attorneys are dedicated to helping employees who have been the victims of workplace harassment. Call us at (973) 890-0004 to set up a consultation. We can help.