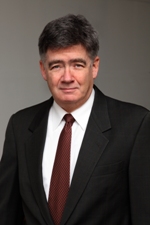 Maurice W. McLaughlin is a founding member of McLaughlin & Nardi, LLC. He handles a wide range of matters including complex negotiations, litigation and transactions. Maurice leads the firm’s litigation practice. Maurice is admitted to the bars of New Jersey, New York, Massachusetts and the United States Supreme Court. He has practiced in state, federal and administrative courts throughout the Northeast.  Maurice has also been named a "Super Lawyer,” which is awarded to only five percent of attorneys in the State.*

Maurice brings a broad legal background from his many years as a litigator, prior to which he served with the Superior Court of New Jersey in Hudson County as a law clerk for Judges Barbara A. Curran and Frances L. Antonin. Maurice has considerable experience as a litigator, both in trying and arbitrating cases, and negotiating settlements.

Maurice also serves as a mediator. He mediates disputes between private parties and is appointed by the Superior Court of New Jersey to matters being litigated there. The Superior Court has also appointed Maurice as a mentor to train new mediators.  Maurice also serves as an arbitrator for the Supreme Court of New Jersey's Fee Arbitration Committee.

Maurice was an adjunct professor with the Public Administration Institute of Farleigh Dickinson University from 1999 through 2012, teaching courses in law, ethics and communications. Maurice served as a United States Naval officer when he participated in Operation Earnest Will during the Iran-Iraq Tanker War. Maurice also served as a United States Merchant Marine officer.

Publications: Books
Articles & Other Publications
Representative Decisions
Military
Professional Affiliations
Personal
* This does not specifically describe the lawyer as having any particular attribute.  No aspect of this advertisement has been approved by the Supreme Court of New Jersey. Please visit the Super Lawyers Selection Process for a detailed description of the Super Lawyers selection methodology.
Call Us Now
Practice Areas