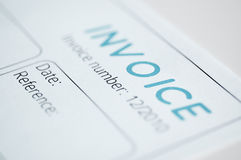 Our attorneys represent owners, builders, contractors, subcontractors and suppliers with issues concerning retainage.  New Jersey construction law is complex, and retainage is one of its most important, and most intricate, areas.  It is one that results many disputes.  Our construction attorneys help parties negotiate and draft construction contracts which protect their rights, and we fight aggressively for them when disputes arise.

In some ways, retainage serves a purpose similar to a surety bond, in that it protects the owner in the event of default (or the contractor if a subcontractor defaults).  However, it does not serve all of the functions of a bond; for instance, it does not provide as much of an incentive for the contractor to swiftly complete the construction project.  Therefore, many times retainage will be required even when a surety bond is in place.

In general, the parties are free to negotiate whatever terms they wish for retainage, and even if there is to be any retainage at all.  Typically retainage is a percentage of the contract, ranging from one to ten percent.

However, New Jersey construction law limits the amount of retainage which governmental units may contract to withhold, normally to no more than two percent, although in some circumstances this may be higher.

Our construction attorneys have decades of experience negotiating and drafting contracts.  We meet with our clients to discover their particular needs, and work to craft a contract which meets those their needs, including protecting their interests when it comes to retainage.

Retainage and the Prompt Payment Act

The Prompt Payment Act generally requires that contractors get paid by owners all funds due – including retainage – within thirty days from when the invoice is “approved and certified;”  it is deemed approved an certified twenty days after receipt if no objection is made. Contractors must pay subcontractors (and subcontractors must pay lower tier subsubcontractors) within ten days after receipt of payment for that work, provided that the subcontractor has fully performed, the owner has not objected, and there is no other agreement in writing; in the case of partial payments, the subcontractor must have performed to the satisfaction of the general contractor.  The time periods may be longer in contracts on government projects.

Our litigators represent owners, contractors and subcontractors in construction litigation.

Since disputes frequently arise over retainage, the best thing that an owner and contractor can do is to draft a clear retainage provision regarding the amount of retainage to be held and objective benchmarks for when the retainage will be released.  The meaning of “substantial completion” should be spelled out. Likewise, it is smart to include provisions for how disputes will be resolved, such as mediation, arbitration  or where litigation should be held.  At a minimum, some requirement for attempting to resolve the dispute prior to either party filing suit should be included so as to minimize the costs and risk for all parties.

However, we have experienced litigators who fight aggressively for our clients when disputes cannot be resolved, and have achieved considerable success.

Subcontractors and owners can protect themselves from this situation through various contractual remedies, such as a provision prohibiting any contractor or subcontractor in the chain from charging more retainage than is being withheld from them, or requiring that the difference is held in an escrow account.

Our attorneys represent owners, contractors, subcontractors and suppliers in all aspects of New Jersey construction law, including retainage issues.  Please call (973) 890-0004 or e-mail us to set up an appointment to discuss how we can help you, be it drafting construction contracts which protect your interests, or defending your rights in litigation or arbitration.