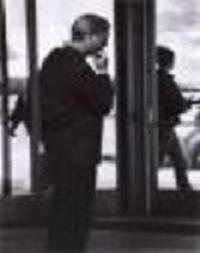 Wrongful discharge cases can make many different claims.  For instance, we defend employers against claims that they wrongfully fired their employees for a variety of reasons, such as:

Our management employment lawyers handle all aspects of employment litigation.  Often the most important part of the defense occurs long before a trial.  The discovery process is designed to prevent “trial by surprise,” and allows employers to receive all of the former employee’s purported evidence.  Our New Jersey employment attorneys aggressively utilize the discovery process to optimize the employer’s ability to show that the termination was based on legitimate business reasons.

In addition to obtaining discovery from the former employee, we help management plan so that they can prove that it has not wrongfully discharged their employees.  We also help it build its case through the documents it must turn over to the former employee – and this is where we also help employers with planning even before litigation.  We also make sure that employers are making valid objections and do not turn over documents or information which are covered by a privilege, and where documents and information are turned over that they are governed by confidentiality orders or agreements preventing their disclosure to third-parties.

McLaughlin & Nardi’s New Jersey employment defense attorneys represent management in defense of wrongful discharge suits.  E-mail us or call one of our experienced New Jersey labor and employment lawyers at (973) 890-0004 to obtain assistance.