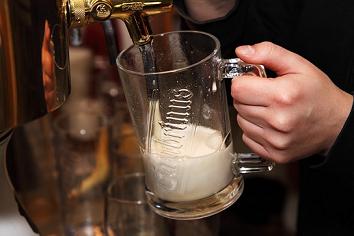 Municipal governments play a large role in the regulation of the sale and distribution of alcoholic beverages.  The New Jersey Alcoholic Beverage Control (“ABC”) Law is enforced by local government.  The governing body normally exerts this power directly.  Municipalities with populations of more than 15,000, however, can establish their own local ABC boards.  Among others, Clifton, East Orange, Elizabeth, Garfield, Hillside, Hoboken, Jersey City, Linden, Newark, North Bergen, Orange, Passaic, Paterson, Rahway, Secaucus, West New York and West Orange, have all established local boards.  The local government (not the local ABC board) can also adopt ordinances governing licensees, such as closing times.

We represent bars, restaurants, liquor stores and taverns in hearings before local authorities.

Any time a licensee is charged with violating the New Jersey ABC Law, it must be given a hearing.  The licensee will receive advance notice and be given time to present evidence and argue its case.   Plea bargains to reduced penalties are often possible.    The burden of proof is on the prosecution to prove the violation by a preponderance of the credible evidence.

In addition to discipline, municipalities and local boards also determine whether a licensee will be allowed to expand.  Likewise, a hearing must be held if there is an objection filed to an application for a new license, an extension of an existing license, or transfer of a liquor license.

Our lawyers defend licensees in hearings when they are accused of violating the New Jersey ABC Law or local ordinances.

A licensee which disagrees with the Director’s decision can appeal to the Appellate Division of the Superior Court, and thereafter to the Supreme Court of New Jersey.

The rules governing appeals are complex and rigidly applied.  Our attorneys will help restaurants, bars, taverns and liquor stores navigate this complex process and fight for their rights.

Please contact us if you need representation in defense of accusations of violation of the New Jersey ABC Law or local ordinances governing the sale or purchase of alcoholic beverages, or appeals from adverse decisions.  You can reach us by e-mail or at (973) 890-0004.