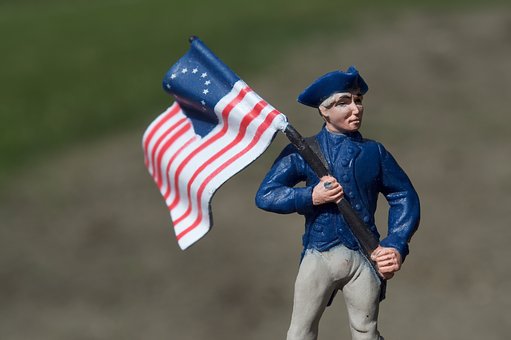 New Jersey’s Civil Service System governs the discipline of the majority of government employees. This includes all employees of the State of New Jersey, and most local and county employees.

In 1961, the Appellate Division of New Jersey’s Superior Court summarized the disciplinary procedures of the Civil Service Act, which is worth quoting verbatim.

Disciplinary proceedings against a civil servant are not only an attempt to determine the status of a particular individual; they are a statutorily authorized action to redress a wrong committed against the people of the State by one in whom the public trust has been officially reposed. The proceedings are therefore penal, or at least Quasi-penal, in nature, and deeply embedded constructional principles, supported by fundamental notions of fairness, dictate that in such an action the statute or regulation defining the alleged violation be construed to comport with the fair meaning of the language used. The theme of fairness threads its way through the notice, hearing, and right of appeal provisions of our Civil Service Act, and finds particular pertinence in those sections requiring that the causes for removal constituting ‘just cause’ be enumerated with specificity. The governing consideration, that one be fairly and completely advised of the nature of the charges against him, loses all effectiveness if it is not reinforced by a requirement that the proscribed activities and contingencies warranting disciplinary proceedings be set forth with reasonable particularity and construed accordingly.

The Civil Service Commission’s regulations provide examples of conduct for which an employee may be subject to discipline, and the case law from New Jersey’s courts and the Commission give more concrete examples. However, some examples of grounds for discipline include:

Discipline is categorized as either “major” or “minor,” and the designation carries with it different consequences and different avenues of relief.

Minor Discipline. Minor discipline is defined as “a formal written reprimand or a suspension or fine of five working days or less.”

Discipline, whether major or minor, “is governed by principles of notice, due process and fundamental fairness.” Thus, before imposing discipline, the employer must give the employee notice of the charges against her and the opportunity for a hearing on the charges where she can present evidence and testimony, and argue either that she did not commit the infraction or the level of discipline is too harsh, or both.

Major discipline must be appealed within 20 days. Failure to meet this period will result in an appeal being denied. Appeal is made to the Civil Service Commission. The Commission normally refers appeals to the Office of Administrative Law for a fact hearing by an administrative law judge (known as an ALJ). The ALJ makes a recommended decision which the Commission can accept, reject or modify. When the Civil Service Commission makes its decision, it then becomes the “final agency actions which can be appealed to the Appellate Division and then to the Supreme Court of New Jersey.

Progressive Discipline: Consideration of Prior Discipline in Determining Punishment

The concept of progressive discipline requires employers and reviewing authorities to consider past discipline in determining punishment for current infractions.

In the 1963 case of West New York v. Bock, the New Jersey Supreme Court found that an employee’s prior disciplinary record was “inherently relevant” in determining the appropriate penalty for a present infraction, although not to prove guilt for that infraction. The Supreme Court explained: “While a single instance may not be sufficient, numerous occurrences over a reasonably short space of time, even though sporadic, may evidence an attitude of indifference amounting to neglect of duty.”

The Supreme Court has explained the use and application of progressive discipline.

The second use to which the principle of progressive discipline has been put is to mitigate the penalty for a current offense.

Progressive discipline is not a fixed concept, and is determined on a case by case basis. Indeed, some acts are so egregious that a first disciplinary offense is sufficient for removal, while relatively minor infractions require repeated occurrences before warranting any major discipline.

Our attorneys defend civil service employees against disciplinary charges, and appeal the wrongful imposition of discipline. Call (973) 890-0004 or email us to schedule a consultation with one of our New Jersey employment attorneys. We can help.