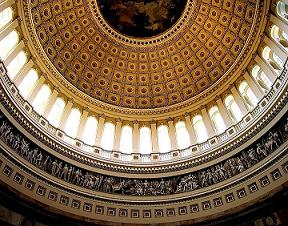 Public sector employees have greater protections than those in the private sector because the government is their employer. We represent state, county, local, federal, bi-state agency, and public school and college employees when their rights are violated by their employers. Our employment lawyers have considerable experience and expertise in this area. We have litigated many cases to successful conclusions, and Maurice McLaughlin has written the conclusive two volume treatise on the subject, New Jersey Public Employment Law (published by Gann Law Books).

Law Enforcement Officers. New Jersey police and other law enforcement officers receive special protections. While the laws do not always refer to it as “tenure,” that is essentially they receive. In addition to applicable civil service protections, the law expressly prohibits firing or otherwise disciplining permanent police officers without “just cause,” which means “incapacity, misconduct, or disobedience of rules and regulations.” Political consideration is expressly prohibited by law in disciplinary or termination decisions. A New Jersey police officer is also entitled to written notice of charges and a hearing. Officers subject to civil service can appeal discipline through the Civil Service Commission, and officers in other jurisdictions can appeal directly to the Superior Court. Our employment attorneys have significant experience and success in representing law enforcement officers.

Teachers, Principals, Superintendants, Public School, Public College and other Educational Institution Employees. New Jersey’s Constitution guarantees a thorough and effective education for its public students. Despite the recurring uproar in the press and during campaign seasons, our dedicated teachers and other school employees are not paid what they are worth. However, we still want the best teachers for our students, principals and administrators to run the schools, and janitors, secretaries, nurses, and other employees to staff the schools. Therefore, in order to attract the best talent, New Jersey has developed a comprehensive system of laws to protect teachers, principals and other school employees from unjust discipline and politics. The law also provides protections for public college employees as well. We have significant experience representing teachers and other school employees. Indeed, Maurice McLaughlin “wrote the book” on the subject.

New Jersey State Troopers. Like other New Jersey law enforcement officers, the statutes of Troopers do not refer to “tenure.” However, the law effectively grants troopers “tenure” during good behavior after a five year probationary period. Essentially, once they receive this “tenure,” They cannot be fired or disciplined “for any cause other than incapacity, misconduct, or disobedience of rules and regulations established for the State Police.” The trooper has a right to notice and a hearing for any discipline.

We represented many civil servants, law enforcement officers, and other public employees. If your government employer has violated your rights, e-mail us or call (973) 890-0004. We are experienced at fighting for the rights of public employees, who go to work every day to serve our citizens.