The Winters Problem: Administrative Remedies (Such as Civil Service Appeals and Tenure Hearings) and Litigation in the Courts 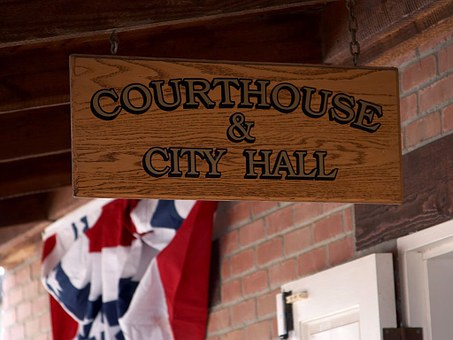 Public employees whose rights have been violated have several avenues to pursue to vindicate their rights:

There are different reasons for choosing each. For example, a police officer who has been fired might want to pursue a claim in Superior Court because he has evidence of whistleblower retaliation and wants money damages, including emotional distress and punitive damages, and doesn’t really care about getting his job back; he’d prefer to make more money. On the other hand, if that same officer had only weak evidence of whistleblowing but good evidence the charges were mistaken, he might choose to appeal in the Civil Service Commission because his priority is to get his job back and money is secondary.

However, what New Jersey’s Supreme Court has made clear is that you can’t do both. In the case of Winters v. North Hudson Regional Fire, the Supreme Court addressed the issue head on and closed off the ability to pursue more than one route.

In that case a firefighter made numerous complaints to his supervisors about safety and sexual harassment – literally hundreds of complaints – and went on television several times about them. The Department wrote him up on charges of filing a false sexual harassment allegation about his captain and gave him a 60 day suspension. In the meantime the firefighter went out on sick leave He was out for several months. During the time he was out on sick leave he worked two other public sector jobs, as part-time construction official for Long Branch, and part-time subcode official for Old Bridge. He worked approximately 275 hours ad earned more than $10,000 while he was purportedly out “sick” for four and a half months.

He filed a civil service appeal and lost; appealed, and lost that as well. He then filed a “ whistleblower ” lawsuit under New Jersey’s Conscientious Employee Protection Act (“CEPA”). The Department asked the judge to throw the case out because the civil service appeal estopped the whistleblower lawsuit. The judge refused, and the Department appealed all the way up to the Supreme Court of New Jersey.

The Supreme Court threw his case out. It ruled that a civil service appeal where the retaliation defense was either raised or available (the Supreme Court was less than clear on this point), precludes a subsequent lawsuit for the same act. While the opinion was very detail-oriented, it was also very broad. At this point, every public employee has to understand that if she chooses one route to challenge what she believes was a wrongful employment action by her employer, she will probably be foreclosing the other routes.

While Winters involved a civil service appeal, it should apply to other public employment administrative remedies as well, such as public school employees pursuing appeals of tenure charges. As of May 2017, there are no published New Jersey state court opinions reviewing such a situation There is an unpublished opinion by the United States Court of Appeals for the Third Circuit following Winters in the education context (although this was a dispute between an education union and its former president). Although the Third Circuit is persuasive authority, it is not controlling on New Jersey State Law.

Thus, Winters leaves public employees with a choice – pursue an administrative remedy or file a lawsuit. Under Winters they cannot do both.

This is a difficult decision. Our New Jersey employment attorneys can help you evaluate your situation and which is the best route for you based on your goals and the evidence. Call us at (973) 890-0004 or email us to set up a consultation with one of our employment lawyers.